We encourage our children to adopt a healthy lifestyle and staff members volunteer to run clubs on a termly basis.  This half-term, we will be running football, judo, tennis and netball clubs.

Please click on the link if you'd like to read about our sporting year 2018/19 in the Saint John's Sports Gazette.

Check out how the team is doing with the latest from our very own match reporter, Theo from Year 5.

Saint John's were unlucky to lose a game that could have gone either way against an organised Bishop's Cleeve side.

In the early parts of the game, there was some attacking intent from Saint John's and several shots were well held by the Bishop's Cleeve keeper. In one especially unlucky phase, James' effort from distance hit the bar, followed moments later by Grace's sweet volley, which once again slammed back off the woodwork. It was especially annoying after these early misfortunes, that Bishop's Cleeve took the lead due to a well placed finish from their centre forward. After that goal, Saint John's hit back strongly and finally got some luck when Simon found himself one on one with the keeper and swept the ball into the net.

Early in the second half, Cleeve looked more organised and threatening. Despite this, Saints took the lead when Theo deftly chipped it over the keeper after Simon's inch perfect cross. The visitors fought hard to restrict the home team and did well from open play, but could not prevent two goals from set piece: one a fantastic header from a corner and the other a beautiful free kick. Then, in the final minutes of the game, with Saint John's tiring, defence and keeper saw the ball hit the back of the net once again as Bishop's Cleeve finally killed an enthralling game.

It was Saint John's who started the better, winning a free kick which was hammered in by James via a large deflection off the Springbank centre back. Then, moments later, Theo won another free kick - this time, James' shot was blocked by a defender, but as it fell back Theo was on hand to tuck home his fourth goal of the season and put Saint John's 2-0 up. Springbank did pull one back with a well-placed finish but St John's went in 3-1 up at half-time thanks to a brilliant goal from Alfie.

However, it was all change in the second half as substituteless Saints began to tire. Springbank came roaring back and drew level through a good finish from number 14, Miles, and a fantastic team move which ended in a great goal from their number 16. After that, Springbank dominated the next ten minutes and could have had a couple more goals but for some excellent defending and goalkeeping from Leo, George, Grace and Philip. Despite their efforts, Springbank scored twice more and Saint John's only stayed in touch due to a goal in which Theo, from nowhere, took the ball down from Philip's goal kick, ran past two defenders, calmed himself, and slotted the ball ito the corner of the net. 5-4 up with minutes to go and looking dangerous every time they attacked, it seemed as if Springbank had the match won.

Then, this wonderful game changed dramatically once more. Theo, in one last push for an equaliser, burst through the Springbank defence and shot hard. When the keeper saved, it seemed as if the chance was gone, but Alfie was most alert and scored to make it 5-all, a fitting end to a memorable game. 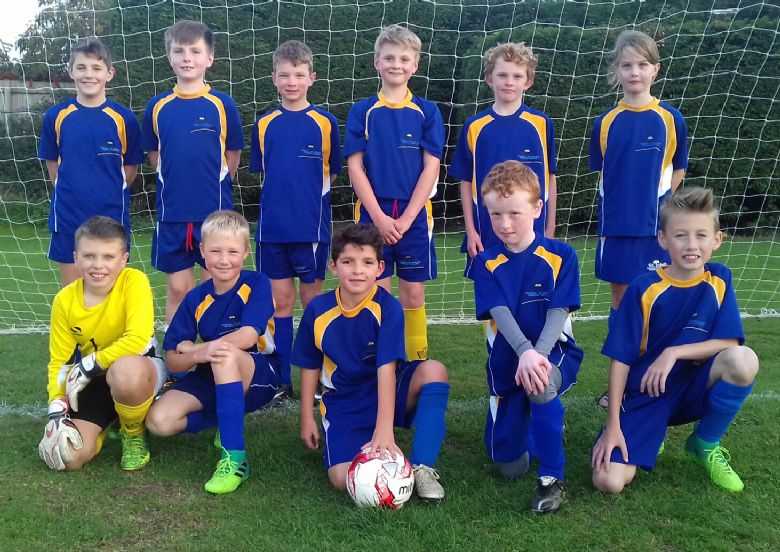 Please click on the link above for football match reports from last season.

Our girls' football team have been in tournament action and performed beyond all expectations. In the first game a superb hat-trick from Grace ensured a 3-0 win against hosts Rowanfield. The girls then defeated  Berkhampstead 2-1 to win the group, which meant a trip to Prestbury for the finals. There, we were very unlucky to lose 2-1 to Bishop’s  Cleeve and drew 2-2 in an exciting game with Shurdington. We had never reached the finals before - very well done to all the players! 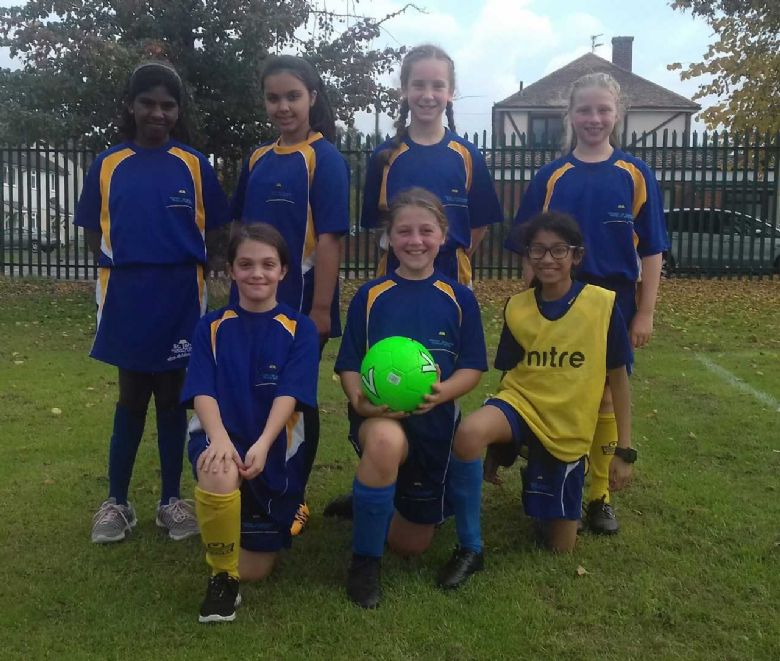 Thank you very much to all the parents and governors who helped this year. As always, we are indebted to the PTFA for providing refreshments & gazebos, and to Cheltenham College for allowing us to use their facilities. The atmosphere was brilliant with delightful weather and a huge turnout of supporters. The children really threw themselves into the event and were a credit to the school and their parents. Jenner claimed the Trophy this year with an impressive 78 points, although this wasn’t decided until the last race! Holding our Sports Day at Cheltenham College enabled us to use the distance track for our Year 5 and 6 distance races! Congratulations to Laura, who won the Year 6 girls’ long distance race in 1 minute 19 seconds, and to Kornel, who claimed gold in the boys’ race in 1 minute 7 seconds.

A new event for this year was our Saint John’s ‘Race for Life’, which we held to raise money for Cancer Research. Every child in the school challenged themselves to complete as many laps of the distance track as they could in 5 minutes. Thank you to everyone who donated to this great cause; we managed to raise a fantastic £555 from this event! 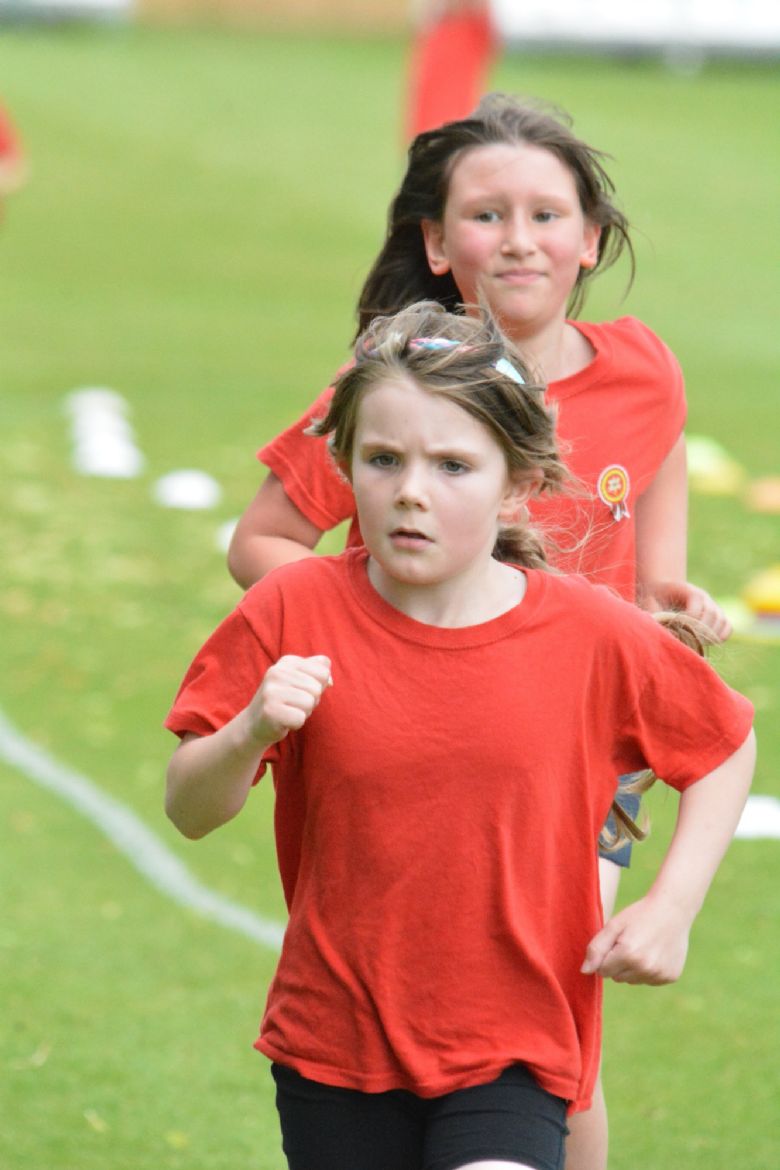 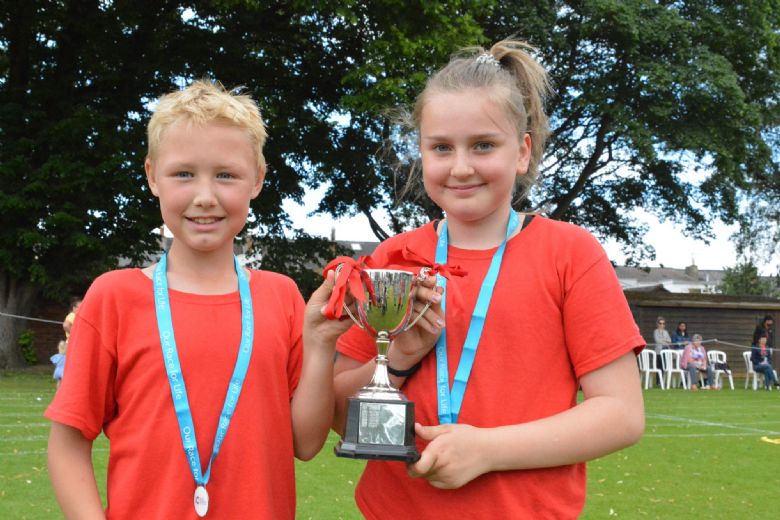 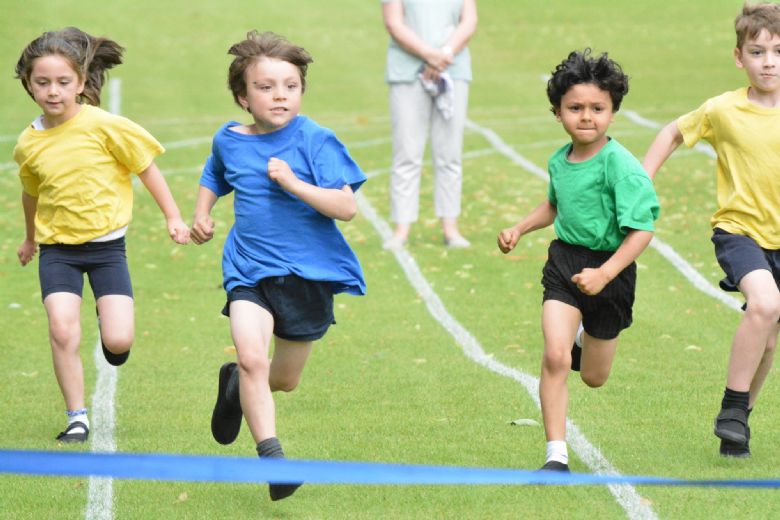 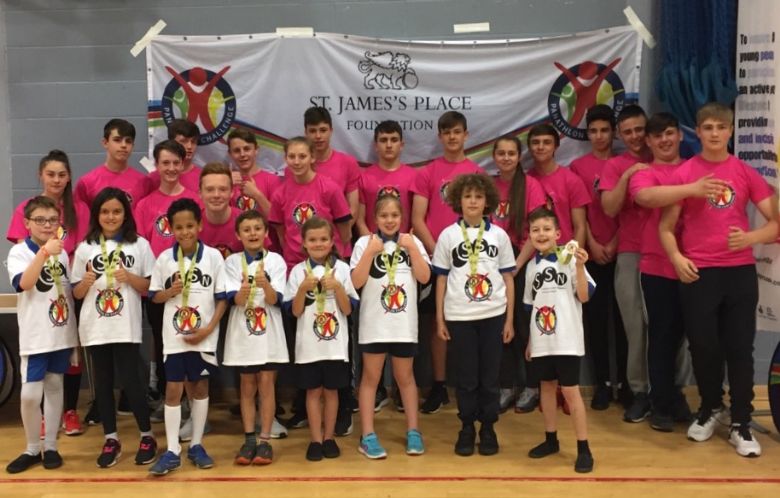 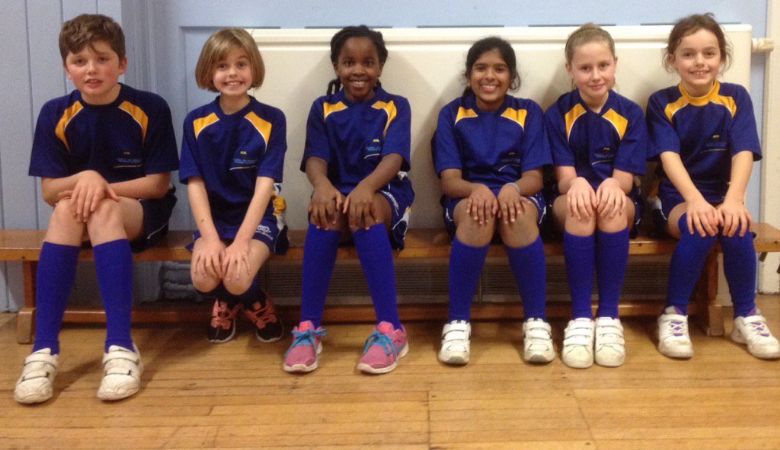 Holy Trinity 7 St John's 6
The school netball team enjoyed a thrilling game against our neighbours, Holy Trinity. Trailing 6-1, the team (inspired by our netball captains: Rosa, Seren and Zia)  almost pulled off an amazing comeback, fighting back to lose by only a single goal. After  very even first two quarters, Trinity stormed into the lead during the third, only for St John's to respond in kind in the fourth - congratulations to both teams for a super game.

St John's netball team pulled off a stunning victory against St Gregory's, winning 6-1 on a bitterly cold winter's night. The team fell behind in the very first minute but Seren equalised and the teams remained deadlocked after two quarters. The momentum swung St John's way in the third quarter when Seren scored three times and the goal machine added two more in the final quarter to complete a stunning double hat-trick. Lois, Ardra and Lucille competed well throughout the game and Charles was tenacious in defence, but Rosa's outstanding passing and movement earned her a well-deserved share (with Seren) of the Player of The Match award.

The St John’s Team competed in a variety of indoor events including relays, jumping and throwing disciplines. The highlight of the afternoon was the girls winning the 4 x 1 relay. 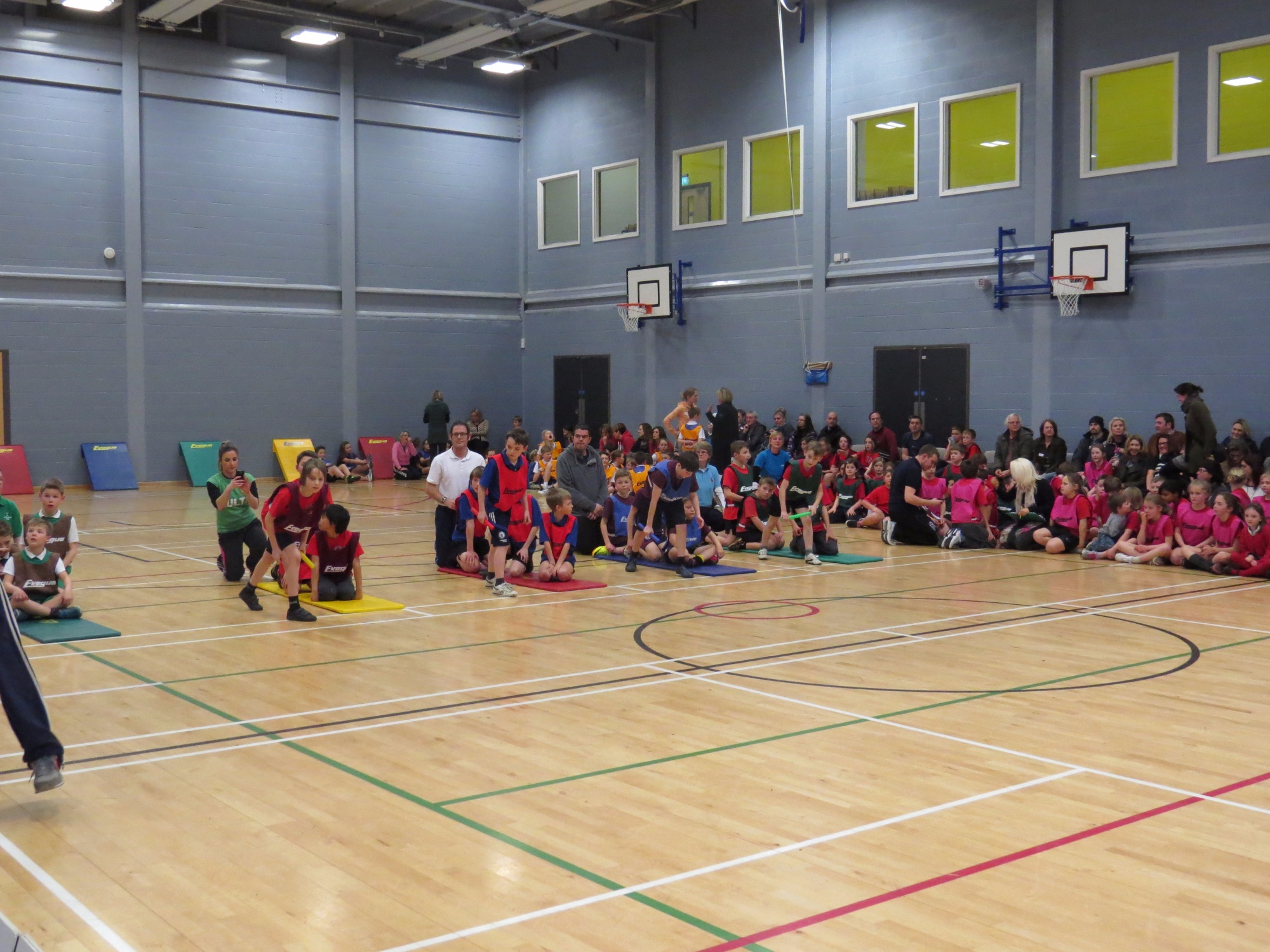